My interest in Vancouver neighbourhood history was born when I moved into my first apartment in the West End. Walking to and from my workplace downtown I would choose a slightly different route each time and I was fascinated by what I saw.

Back in the 1980s, the West End had many more of its original houses. Sadly, most but not all of the West End’s early buildings have been demolished, but you can still find some unexpected jewels hidden here and there among the high-rises and hidden behind storefronts.

This tour, which lasts usually just over two and a half hours, snakes its way through the West End from Robson Street to English Bay. On the way you will see the site of an unusual roof-top airplane crash, the location of the mansions of two of Vancouver’s mayors,


the house in which the first English version of "O Canada" was written, the Gustav Roedde House and the beautifully restored houses of Barclay Heritage Square, the site of North America’s first Fire Hall designed for mechanical fire trucks,

the location of English Bay’s first life guard Joe Fortes’ cabin, and much much more.

As with all of my history walks, I supplement what we are able to see today with peeks back into time using archival images to help recreate the lost Victorian and Edwardian streetscapes of the West End.

Departs: SE corner of Bute and Robson Streets at

Lasts: Approximately two and a half hours and

THIS WEST END HISTORY WALK IS ALSO OFFERED AS A PRIVATE TOUR IN ENGLISH, JAPANESE OR ITALIAN. THE MINIMUM NUMBER OF PEOPLE REQUIRED IS FIVE PEOPLE OR A PAYMENT OF $100 FOR SMALLER GROUPS.

For more information on my History Walks or to book a private tour, please contact me at historywalks@gmail.com.

My History Walks in Vancouver are on TripAdvisor and have been awarded a Certificate of Excellence.

For a sneak preview of my West End History Walk, take a look at this great video called "TIME TRAVELER" by Janelle Huopalainen. 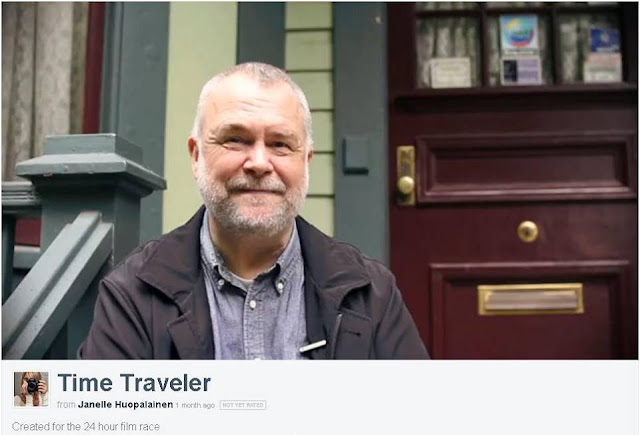